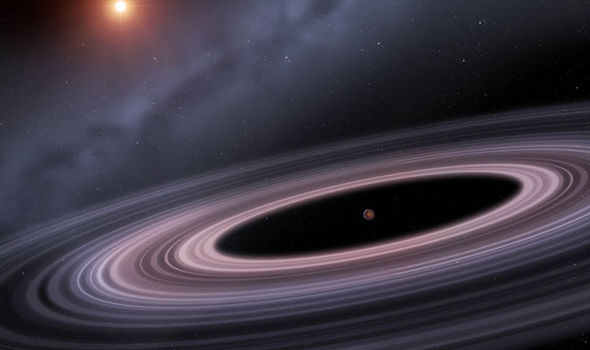 Described as ‘Super-Saturn’, the planet dubbed J1407B is like one big optical illusion.

The celestial body located just 434 light-years away has a mass of about 40 times the size of Jupiter, and has 37 rings surrounding it which span near 120 million kilometres – two hundred times the size of Saturn’s rings.

However, these rings may be the formations of moons – a process which has never been observed outside our solar system

UR Physics and Astronomy professor Eric Mamajek said: “This is probably the first indirect evidence we have of moons forming around planets outside of our solar system. And that has never been seen before.” 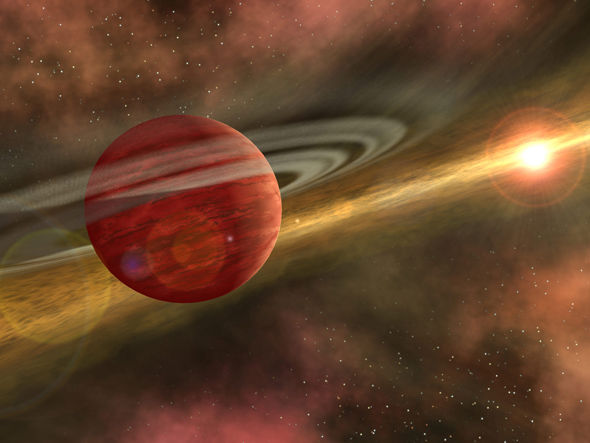 It was originally suggested that the planet known as HD 106906 b shouldn’t exist due to it’s size and distance from its star.

The giant planet is 650 times the distance from Earth to the sun and and is 11 times the size of Jupiter.

However, the average temperature on the planet is a staggering 1500 degrees celsius, despite its vast distance from it’s host star. 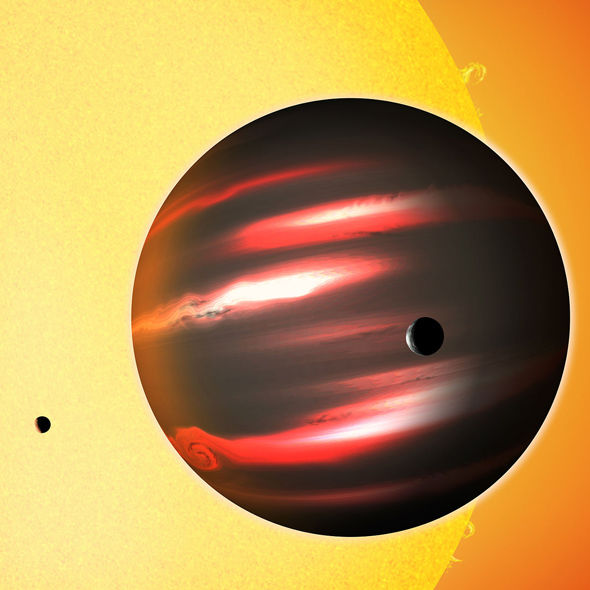 The gas giant known as TrES-2b is the darkest planet ever found.

TrES-2b orbits at a distance of just 3 million miles from its host star, yet is coal-black and doesn’t reflect any light.

David Kipping of the Harvard-Smithsonian Center for Astrophysics said: “Being less reflective than coal or even the blackest acrylic paint—this makes it by far the darkest planet ever discovered.

“If we could see it up close it would look like a near-black ball of gas, with a slight glowing red tinge to it — a true exotic amongst exoplanets.” 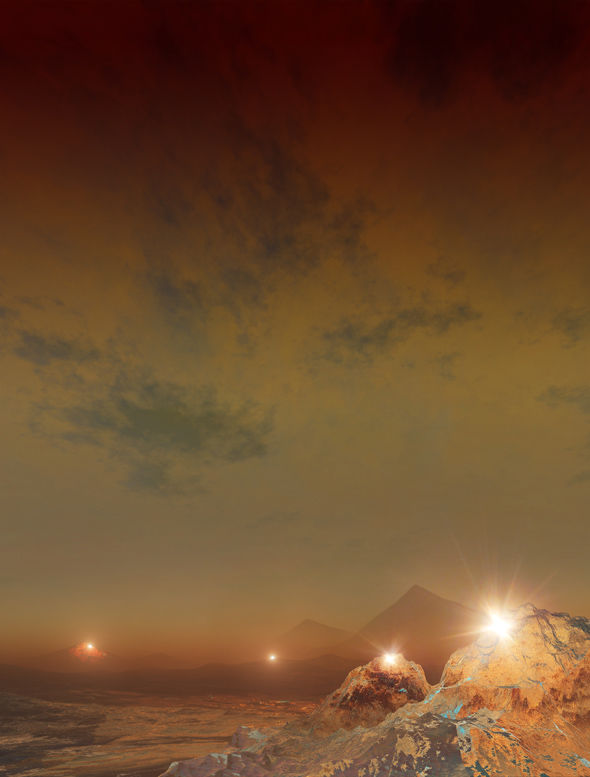 Just 40 lightyears from Earth sits a planet which is largely made up of diamonds.

Exoplanet 55 Cancri e is twice as large as Earth, but it;s mass is almost eight times as much.

This is because of what the planet contains.

Nikku Madhusudhan, from Yale, said: “This is our first glimpse of a rocky world with a fundamentally different chemistry from Earth.

“The surface of this planet is likely covered in graphite and diamond rather than water and granite.” 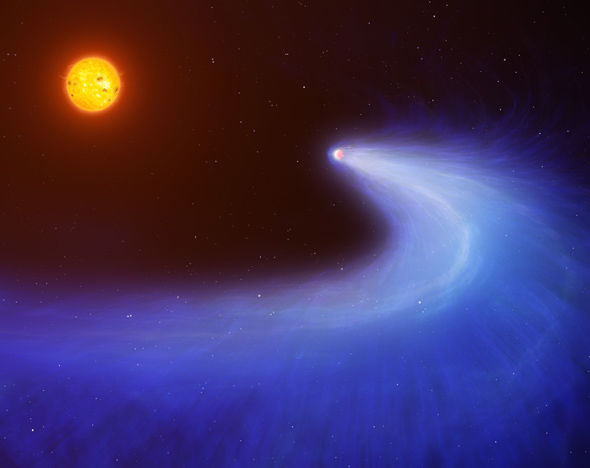 Gliese 436 b is a massive contradiction.

The Neptune sized exoplanet has a small rocky core, followed by an icy exterior which takes up the majority of its size.

On top of that, the planet has a huge hydrogen cloud, around 50 times the size of Gliese 436 b, surrounding it which leaves a trail from its orbit.

Furthermore, it has a temperature of around 439 degrees celsius, which is why it has been nicknamed the ‘burning ice planet’ and is slowly causing it to evaporate.

David Ehrenreich of the Observatory of the University of Geneva said: “This cloud of hydrogen is very spectacular!

“Although the evaporation rate doesn’t threaten the planet right now, we know that the star, a faint red dwarf, was more active in the past.” 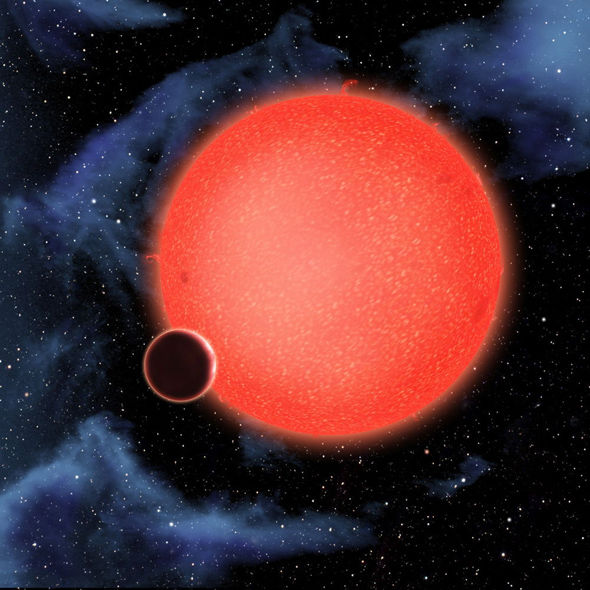 The ‘steamy waterworld’ that is GJ 1214b is “like no planet we know of”, said Zachory Berta of the Harvard-Smithsonian Center for Astrophysics when it was discovered.

“A huge fraction of its mass is made up of water.”

It was discovered in 2009 and is a similar size to Earth, and has a thick, steamy atmosphere.

Berta added: “The high temperatures and high pressures would form exotic materials like ‘hot ice’ or ‘superfluid water,’ substances that are completely alien to our everyday experience.” 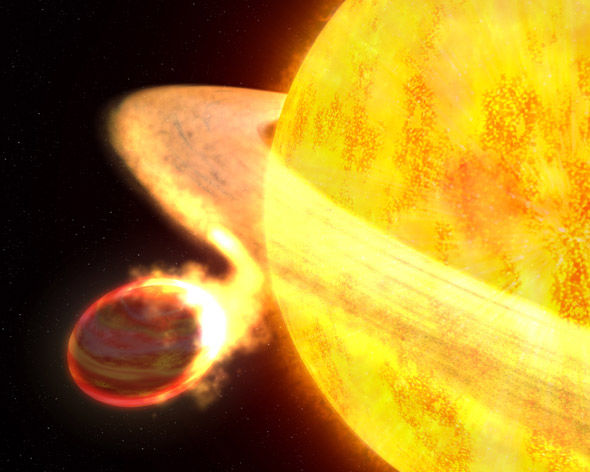 WASP-12b is the hottest ever exoplanet discovered with an average temperature of 2250 degrees celsius.

This is because it orbits just 2,115,000 miles from its host star – Earth orbits the sun at 44 times this distance.

As a result, it takes just over a day to orbit the star, compared to a year for us.

WASP-17b is unique in the sense that it is the first planet to be discovered that orbits the opposite direction of its host star.

Furthermore, it is the most puffy planet to have been discovered as it is the second large, but has a mass just half of Jupiter’s. 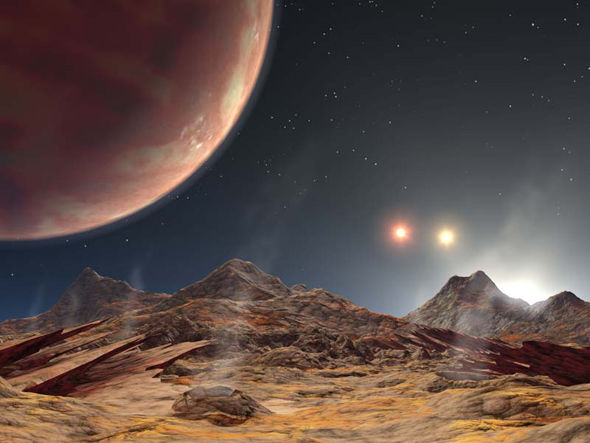 California Institute of Technology’s Dr Maciej Konacki said: “The sky view from this planet would be spectacular, with an occasional triple sunset.

“Before now, we had no clues about whether planets could form in such gravitationally complex systems.” 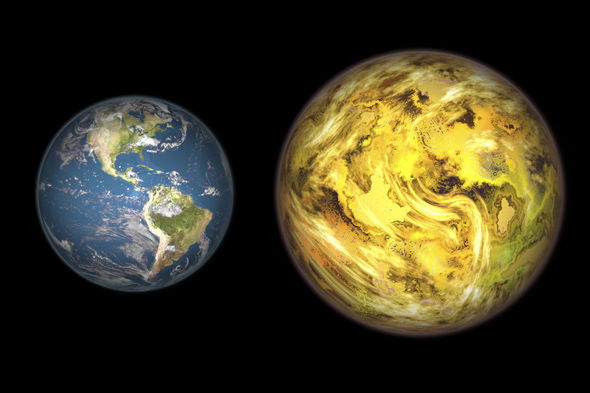 Gliese 581c next to Earth

Gliese 581c hit the headlines when its discovery was announced in 2007.

The Super-Earth – with a mass five times the size of our planet – was one of the first to be announced as a potentially hospitable planet.

However, upon further inspection, it was revealed that it was “tidally locked” meaning that one side always faced its host star.