Saved by a stranger 4,000-miles away: Indian boy whose head hung at 180-degree angle has life-changing surgery

A 13-year-old boy who was left an outcast in his village in India because his head hung upside down has risked life changing surgery to straighten his neck.

Mahendra Ahirwar suffers from a rare condition called congenital myopathy which has made his muscles in his neck so weak his head would hang at a 180-degree angle.

His parents Mukesh Ahirwar, 41, and mother Sumitra Ahirwar, 36, spent years taking him to see doctors but no one could help.

But now the teenager has undergone life-changing surgery by a former NHS surgeon after a mother-of-two from Liverpool set up a crowd-funding page raising £12,000 for treatment.

Spinal surgeon Dr Rajagopalan Krishnan, from Apollo Hospital, in Delhi, performed the operation after Julie Jones made it possible.

His incredible story will be shown tonight on Channel 5 Extraordinary People series. 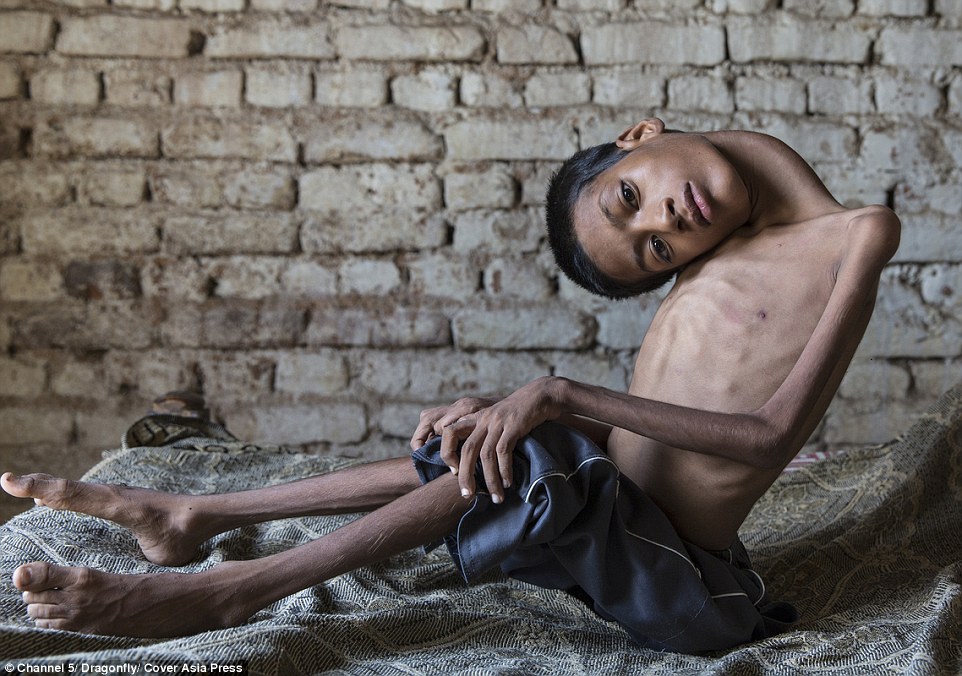 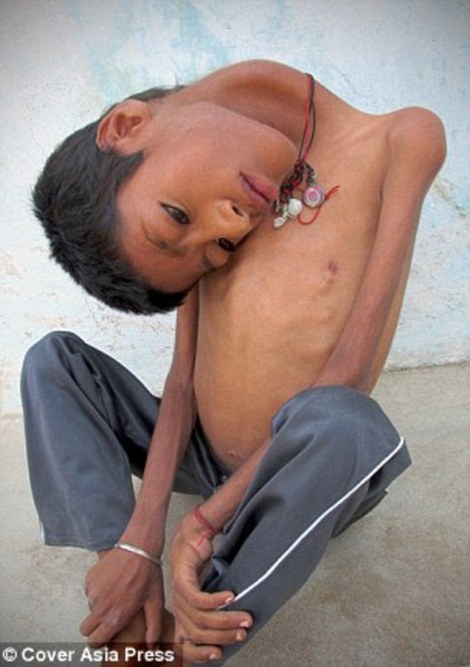 Mahendra’s life was becoming an increasing struggle where he would have to rely on his mother to feed him, bath him and dress him 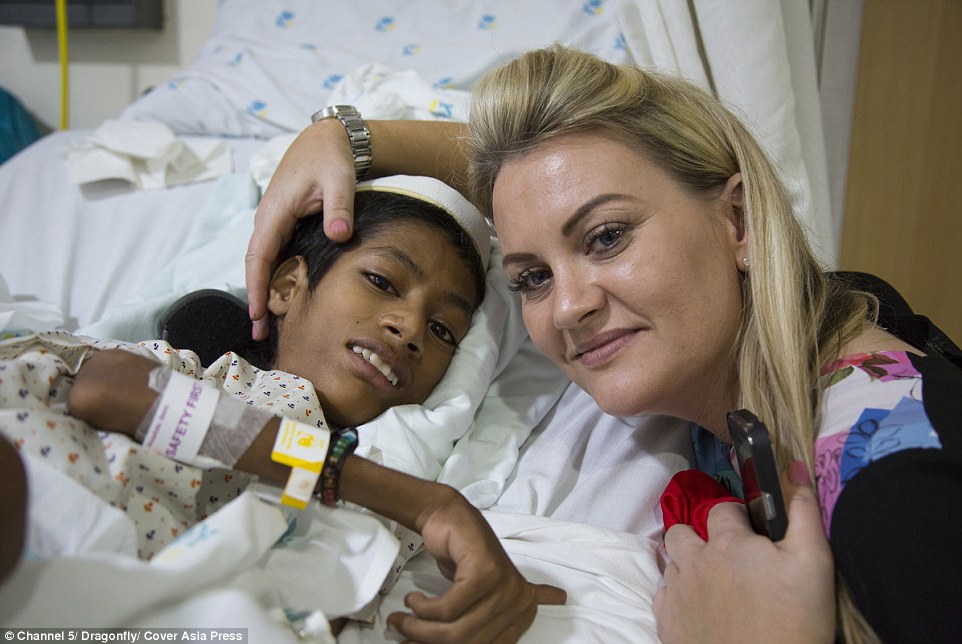 He had surgery to correct the condition after Julie Jones, from Liverpool, (right) set up a crowd-funding page which raised the £12,000 needed for treatment

The documentary follows the family as they travel thousands of miles on an over night train from their village to India’s capital city for the risky surgery that could kill Mahendra.

In a first of its kind operation Dr Krishnan, who worked for the NHS for 15 years before returning to India to help extreme medical cases, operate on Mahendra’s spine.

Dr Krishnan and his team open up the front part of his neck – leaving the front of his cervical spine completely exposed – because of his extraordinarily thin skin.

The film follows the family and Mahendra in surgery as he endures a ten hour operation.

They remove the disks from his neck, and replace them with bone graft from his pelvis and then fit a metal plate to secure the neck straight.