A man believed to be one of the world’s most wanted people smugglers, whom British police claimed to have helped to arrest and extradite to Italy, seems to have said this week that he remains at large and that an innocent man was seized and extradited in his place.

In private messages sent from his Facebook account and later seen by the Guardian, Medhanie Yehdego Mered said that another Eritrean man facing trial on Tuesday in Sicily, accused of being Mered, is in fact the victim of mistaken identity. 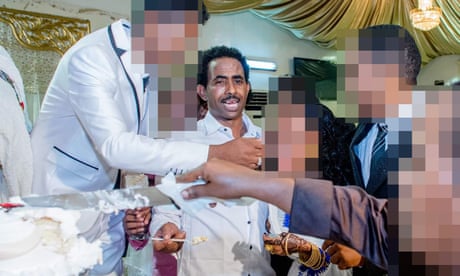 People-smuggling: new photos boost claim that wrong man is on trial in Italy

The messages constitute the strongest suggestion yet that the man on trial is not Mered, 35, but Medhanie Tesfamariam Berhe, a 29-year-old former dairy worker.

The news further undermines the claims of Britain’s National Crime Agency(NCA), Italian prosecutors, the British Foreign Office and the Sudanese police – all of whom played a role in the extradition in June.

Written in Tigrinya, one of the most widely spoken languages in Eritrea, the messages said: “They made a mistake with his name – but everyone knows he’s not a smuggler … I hope he will be released because he hasn’t done anything. They can’t do anything to him.”

Two sources confirmed that the account belonged to Mered. The account displays photographs of Mered’s baby son, features frequent interactions with Mered’s wife, Lidya Tesfu, and is in the name of “Meda Yehdego” – which is how the suspected smuggler is known among friends. The phone number listed on the page matches one associated with Mered on Italian court documents.

The news raises further questions of the NCA, who in June claimed the capture of “one of the world’s most-wanted people smugglers”.

It said he was responsible for a notorious shipwreck off the southern Italian island of Lampedusa in 2013, and had helped send thousands of people from Eritrea – one of the main sources of migrants to Europe – to Italy, via Sudan and Libya.

Today’s disclosure follows a series of other developments that cast doubt over the claims of the NCA and the Italian prosecution. It has already emerged that:

On Monday a new photograph was also provided to the Guardian that shows Mered with his wife, contradicting prosecution claims that Berhe could have been the smuggler’s alias.

More witnesses have also recently contacted the Guardian to corroborate claims that the Italians are prosecuting the wrong man. Bereket Gaeushm, a prominent Eritrean singer, told the Guardian that he knew Mered in Sudan in 2009, and that he is definitely not the man who was extradited to Italy.

“I have never seen this guy in Italy, why have they arrested him?” said Gaeushm, who used to run a shop in Sudan frequented by Mered.

“The right guy, I know him. [Mered and his colleagues] used to come to my shop and buy cigarettes and clothes – they used to buy things for the people they were smuggling to Khartoum. In 2011 he became a bigger smuggler – but in 2009 he was just smuggling people from Shagarab to Khartoum. He was a simple man.”

Mered’s messages also raise questions about whether he ever became as important a smuggler as the NCA claimed. Mered said his reputation had been smeared when police claimed he “organised everything”.

Asked to comment on the messages, the NCA said it remained confident in its intelligence. The Italian prosecutors have been invited to respond.

The Foreign Office said it could not comment on ongoing proceedings, but has previously admitted that it was not the FCO’s responsibility to verify the identity of the man arrested by the Sudanese police.

The Sudanese foreign ministry said it had “not received any new information about the suspected smuggler”.