Merhawi Kudus, 25, is the second Eritrean to win Tour du Rwanda, and the first since 2010 when it was won by Daniel Teklehaimanot. / Plaisir Muzogeye

Merhawi Kudus made history on Sunday afternoon  as he become the first man to win Tour du Rwanda under the UCI 2.1 category as Astana teammate Pinzon Rodrigo Contreras claimed the ultimate Stage 8 in Kigali. 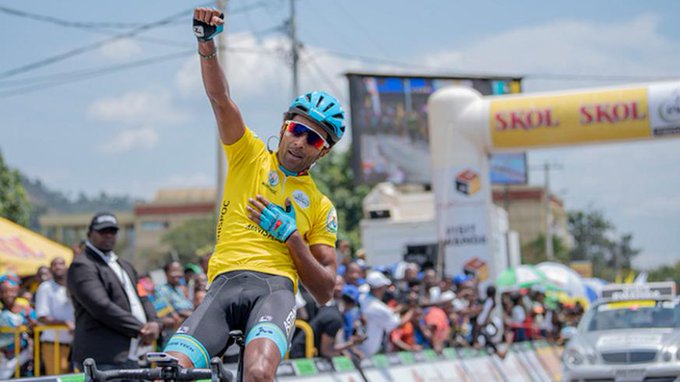 The 25-year old crossed the finish-line of the 8th and final stage of the 11th Tour du Rwanda in triumph after finished second on Sunday, ahead of bitter rivals; Israel Cycling Academy’s Matteo Badilatti who was seventh and Rein Taaramae, of Direct Energie, who finished eighth.

Kudus is one of the only two black Africans to ever race Tour de France. / Plaisir Muzogeye

Prior to Sunday’s ultimate stage, which saw the riders trekking the infamous cobbled ‘Wall of Kigali’ three times, Kudus had a 7-second lead over second-placed Taaramae and 17 seconds on Badilatti who completed the podium.

The victory for the Eritrean cyclist marked the end of dominance for Rwandans who had claimed the coveted Tour du Rwanda yellow jersey back-to-back since 2014.

Sunday’s 61.7km stage, which started in Nyarugunga, Kanombe, before the 16-team peloton did three laps of a circuit in Kigali, was scooped by Pinzon Contreras, 24, who became just the second Colombian to win a Tour du Rwanda stage after Edwin Avila Vanegas, of Israel Cycling Academy, who claimed Stage 4 on Wednesday. 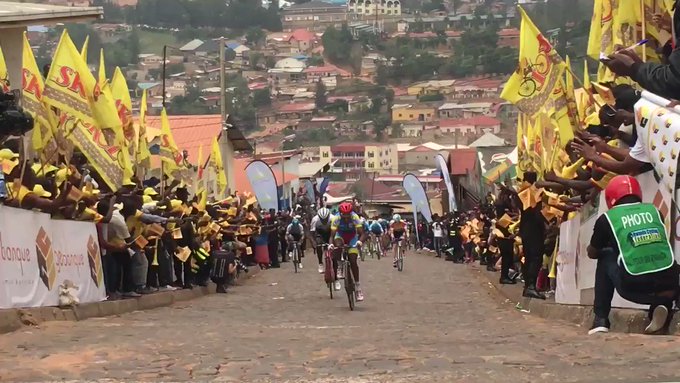 However, the spotlight was firmly on Kudus, who is the second Eritrean to win Tour du Rwanda, and the first since 2010 when it was won by former Dimension Data for Qhubeka teammate Daniel Teklehaimanot.

Team Rwanda’s Moise Mugisha, 21, took home the Rwanda Tea jersey for the most combative rider, while the 2017 champion Joseph Areruya settled for the RDB jersey as the best Rwandan rider after he finished ninth in general classification, and the sole Rwandan in ten top this year.

This year’s race is the first that ended without a stage win for Rwandans since 2012.

Penultimate stage winner Yakob debesay from Eritrea was crowned the King of the mountain with 80 points ahead of Rwandan Moise Mugisha from Team Rwanda who had 72 points while Rohan Du Plooy from Team Pro Touch of South Africa took the best sprinter award with 26 points beating Timothy Rugg who had 16 points.

Eritrean Yakob Debesay was again crowned the best young rider of the tour ahead of Joseph Areruya and Kudus also scooped the best African rider award.

Team Eritrea was the Tour’s best team after clocking a total of 72h49’16” ahead of Interpro Cycling Academy which had 72h52’09”.

A total of 78 riders from a total of 16 teams started the eight-day race and only 60 managed to finish it.