A 20-year-old British model was kidnapped in Milan, Italy, to be auctioned off on a pornographic website on the dark web, the Italian State Police said Saturday.

The model, who has not been named, was assaulted, drugged, handcuffed and stuck in a travel bag, police said in a statement.

A 30-year-old Polish national who resides in the United Kingdom was arrested on kidnapping charges. Lukasz Herba was arrested July 17 outside the British consulate in Milan while accompanying the woman, said Lorenzo Bucossi, the head of the Milan Police Mobile Command unit.
It was not immediately clear why the suspect took the model to the consulate.
Authorities said they are searching for at least one more person in connection with the kidnapping.

The model arrived in Milan on July 10 and already had a photo shoot booked through her agent for the following day, according to the police account.
When she walked into the apartment where the photo shoot was supposed to take place, two men attacked her, police said.
She was loaded into the trunk of a car and taken to a cabin on the outskirts of Lemie, a remote town in the Italian Alps, she told authorities. 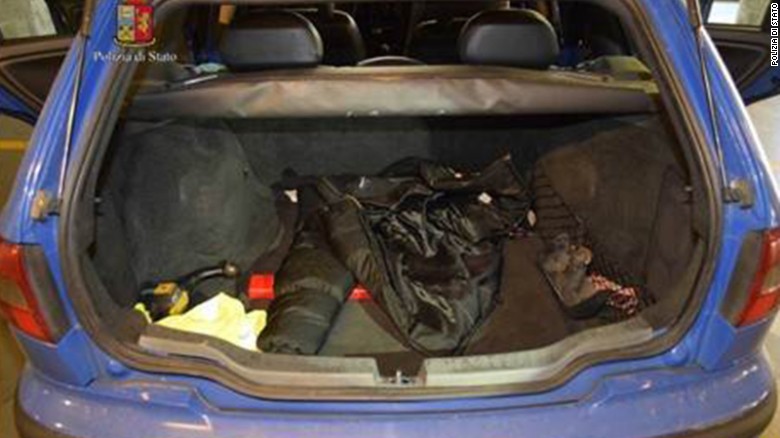 A police photo shows a large bag in the back of a car.
The woman was kept handcuffed to a wooden chest of drawers in a bedroom for a week, police said.
According to the Italian police, the suspect used encrypted accounts to ask the model’s agent for $300,000 to stop the online auction from going ahead. 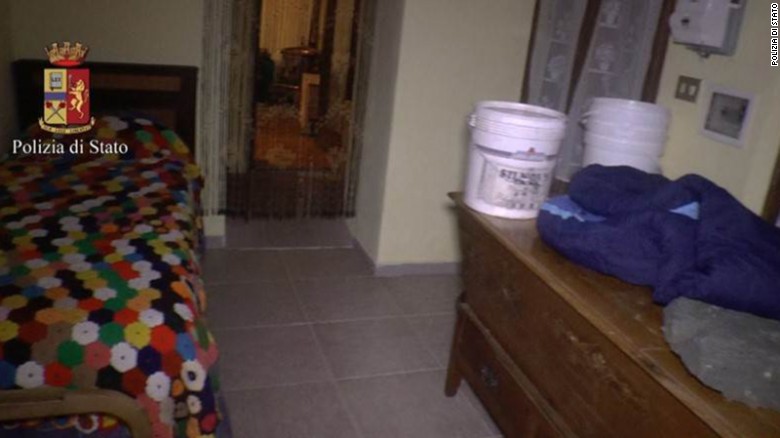 Police said the woman was handcuffed to a chest of drawers in this apartment.
He also allegedly told the agent that he was operating on behalf of “the Black Death group,” an organization involved in illegal trafficking on the dark web, a layer of the Internet accessible only through anonymizing networks like Tor. 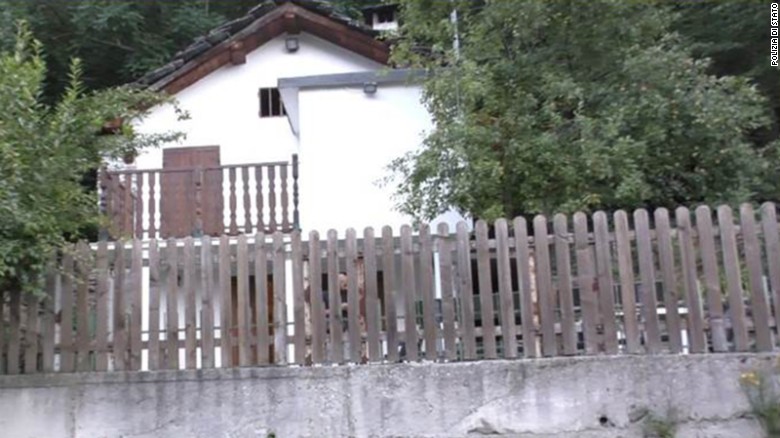 This small house in the Italian Alps was where the woman was kept, police said.
Italian investigators have since established that the suspected kidnapper had already organized several online auctions for the sale of abducted girls, referring to them as “prey.”
The websites for the auctions included a description of the victim and a starting price but police said it was still unclear whether the suspect had made them up.